On June 22, 2017, the uDay XV took place in the FH Vorarlberg in Dornbirn. Housing technologies were presented at this conference, which was organized by the project ‘IBH Living Lab Active & Assisted Living’. The housing technologies enable people with disabilities (even in old age) to live a self-determined life. The presentations were made through lectures, posters and the exhibition stands themselves. The conference was attended by people with disabilities, but also by practitioners and IT professionals from the nursing and healthcare sectors as well as by information and communication technology providers and several other target groups.

2PCS was represented with the 2PCS safety watch on a booth, where it was presented to the visitors.   It was nice to present 2PCS in the region around the lake Constance. 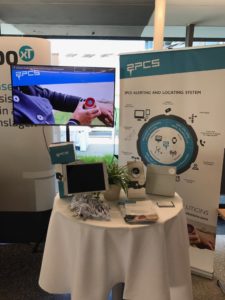 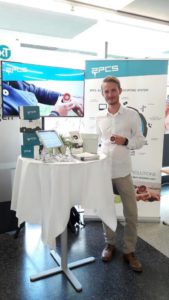